When it comes to the fish sauce making craft in Vietnam, it occurs in the minds of many old Vietnamese the heyday of fish sauce industry in Phan Thiet coastal villages. As one may know, the traditional fish sauce making craft has been established and developed for 300 years. Through many ups and downs, until today, the traditional fish sauce still occupies a unique position as an indispensable spice in every Vietnamese meal. What has the fish sauce industry in Phan Thiet gone through? Let’s find out.

The Origin Of The Phan Thiet Fish Sauce Industry

Fish sauce has appeared in Vietnam for a very long time; however, the exact time is still a mystery. But the craft of making and producing fish sauce in Phan Thiet has been established for over 300 years. The origin of traditional fish sauce making craft in Phan Thiet stemmed from an event in the late 17th century when Nguyen Huu Canh led his army to the South of Vietnam. As a result of that event, the fishermen from central provinces, namely Quang Nam, Quang Ngai, Binh Dinh, and Phu Yen made their way across the sea and migrated to a new land called Phan Thiet, in pursuit of finding a homeland to settle down.

The Phan Thiet coastal region immediately became well-known to fishermen as a new homeland for fishing, probably because the region is endowed with favorable conditions by nature for fishing. Initially, the settlers only built temporary tents and huts and made ends meet by fishing in the river and the beach. Days by days, thanks to the nature and all the hard work, the whole area became better-off. Then, the citizens started to build houses and contributed money for the constructions of many shrines, and the temple of the Whale. Another proof proving that Phan Thiet fishermen are the earliest to practice fishing is that Van Thuy Tu Temple was built in 1762 in Duc Thang ward – this is the oldest temple in Phan Thiet. 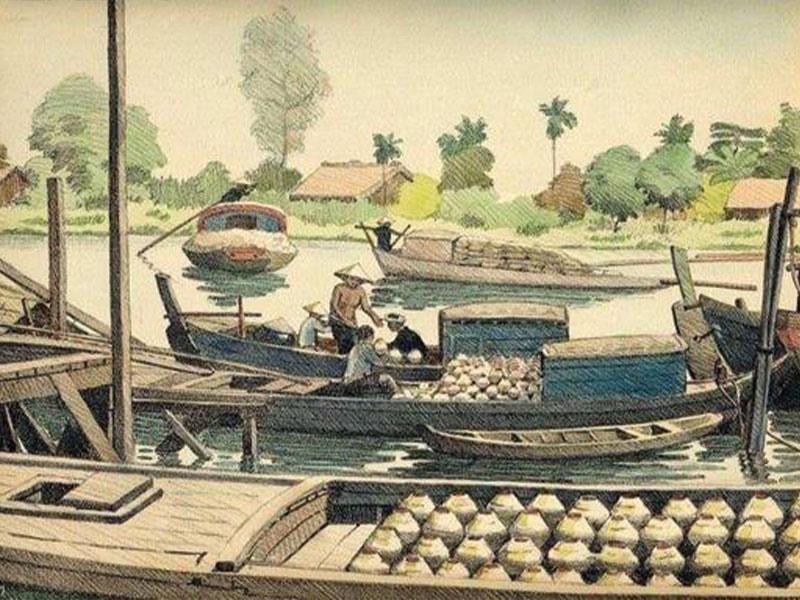 The incident leading to the making of fish sauce came from the Cham fishermen – the earlier inhabitants of the area. At the time, fishes and shrimps caught were abundant compared to what they were able to sell, hence, they used salt to “ủ chượp” (brewing and fermenting) the remaining. The word “chượp” (fishes and salt mixture) is the Cham dialect. Later on, through observation, the fishermen devised a method called “kéo rút” (pulling and drawing), allowing them to extract fish sauce from unprocessed fish sauce. In ancient Cham language, “mắm nước” (fish liquid) was used to call today fish sauce. Thus, it is safe to conclude that the craft of making fish sauce in Phan Thiet was given birth at the same time with the fishing practice of the ancient Cham fishermen in the area. Initially, vats, urns and big clay jars were used by these fishermen for brewing. Gradually, they were replaced by wooden barrels with larger capacity for higher productivity, the same technique of producing wine barrels inherited from European merchants. From then on, the fish sauce making industry flourished in Phan Thiet thanks to the application of giant barrels with the capacity of 5 to 10 tons of fish.

According to “Địa chí Bình Thuận”, a book recording the history of Binh Thuan province, noting that: from the end of the 19th century to the year 1930, the profession of producing fish sauce in Phan Thiet was recognized as a main and only industry of the local economy at the time. In 1904, once again, Phan Thiet was acknowledged as the centerpiece of Trung Ky (the name of Central Vietnam at the time) for the outstanding development of selling and mass-producing of high-quality fish sauce by the French ambassador in Binh Thuan province.

In the present day, no one can be sure when “rin” (original) Phan Thiet fish sauce appeared, but it is a fact that Phan Thiet is the origin of many celebrated fish sauce brands along with well-known brewing houses from the years of 19th century, namely: Bat Xi, Luc Thi Dau, Cuu Phung, Cuu Sanh,… More than that, the 20th century witnessed an unprecedented growth of the fish sauce industry in Phan Thiet with a myriad of giants in the industry: Hong Huong, Mau Xuyen, Hoang Huong, Hong Sanh…

At that time, the first large-scale fish sauce production organization in Phan Thiet was Lien Thanh Thuong Quan, founded by patriotic Confucians from the Duy Tan Movement in 1906. The orientation of the organization is to revive the economy and expand the facilities to produce fish sauce. The business successfully appealed to the interest and investment of the bourgeoisie and big fish sauce makers in Phu Hai, Mui Ne, and Phan Thiet. 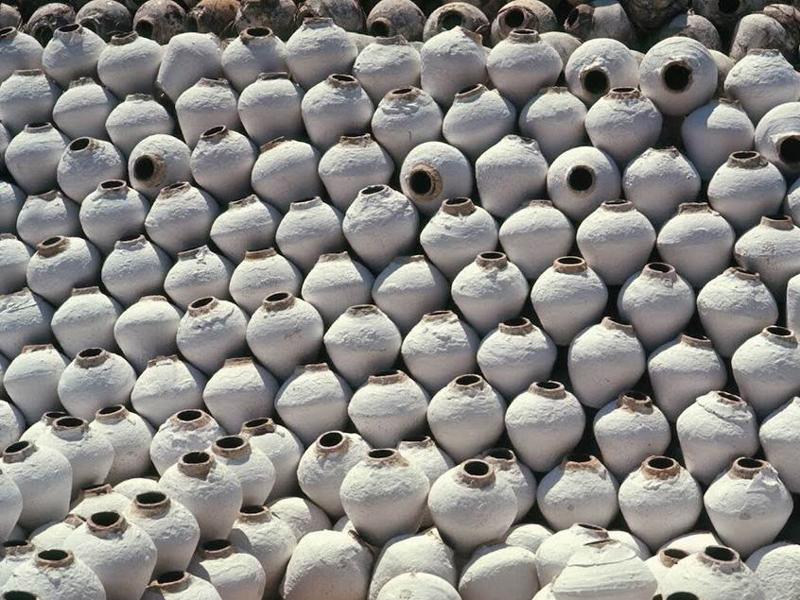 People at that time were familiar with the image of boats transporting “tĩn” (earthenware pots with rope handles) throughout Vietnam, thousands of miles to the North, the South, Saigon (central city of the South), and six southern Mekong provinces. Since then, fish sauce giants in the market have brought Phan Thiet fish sauce to Phu Quoc and Nam Vang (Cambodia) to build their brands, along with supplying fish sauce to locals. The motive lines in the massive sources of wild-caught anchovies in the region for fish sauce production. More than that, many fish sauce brands found their ways to be a contractor for the French Far East Expeditionary Corps during the Indochina war and even exported their products to France.

From 1975 to the end of the 80s, Phan Thiet fish sauce maintained its position in the national market when Co-operatives together with state-owned companies producing fish sauce in Phan Thiet had always been the main suppliers of fish sauce for most of the markets in the country. However, everything has an end, and the prime of Phan Thiet fish sauce is no exception. From the beginning of the 21st century onwards, the traditional craft of making fish sauce in Phan Thiet has no longer stayed at the peak due to many reasons. One of the many reasons is the younger generations nowadays do not have the passion for this craft as their antecedents did, they would rather seek for their desired jobs in big cities than spend time continuing the traditional profession of their families.

The Remarkable Development Of The Fish Sauce Industry

It is hard to illustrate the substantial growth and influence of the Phan Thiet fish sauce industry during its prime only by words. So, let the numbers do its job to help us imagine how the industry changed the situation of the national economy at that time:

Especially by 1930, the production of fish sauce reached its peak at 40,000,000 liters. According to the political report of October 17, 1930 from Binh Thuan envoy to French resident superior in central Vietnam, saying that “Fish sauce is a special local product, there is no parallel competitor”.

The loss of the number of fish caught due to the serious damage of the coastal ecology is believed to be the cause of this event. The effort to transform the fishery was also blamed for what happened as it unintentionally limited the production capacity. The peak was in 1994 when only 21 liters of fish sauce was produced.

Through many ups and downs in the history, the profession of making fish sauce still maintains its position in the market. Whether being renovated or preserved in the future, the traditional fish sauce making craft has gone a very long way in history and has greatly contributed to the economy of the country.

After years of good and bad times, this craft continues to rise high thanks to the hard work of individuals who sacrificed to preserve the traditional value. At this point, it will be a miss to not mention “Tĩn” fish sauce with the work of retrieving the 300-year-old recipe of making fish sauce and preserving it by constructing the first and the only Fish sauce museum in Vietnam. Nowadays, a bottle of Tin fish sauce still preserves the precious taste of original fish sauce in Phan Thiet, but appears with a more modern and luxury appearance. These products will no doubt satisfy the lovers of traditional fish sauce all over Vietnam.