Vietnamese fish sauce commenced to appear in Phan Thiet more than 300 years ago, adopted by the Cham from the Indians, then passed on to the Kinh. Yet, few people acknowledge this traditional spice originated in Rome. 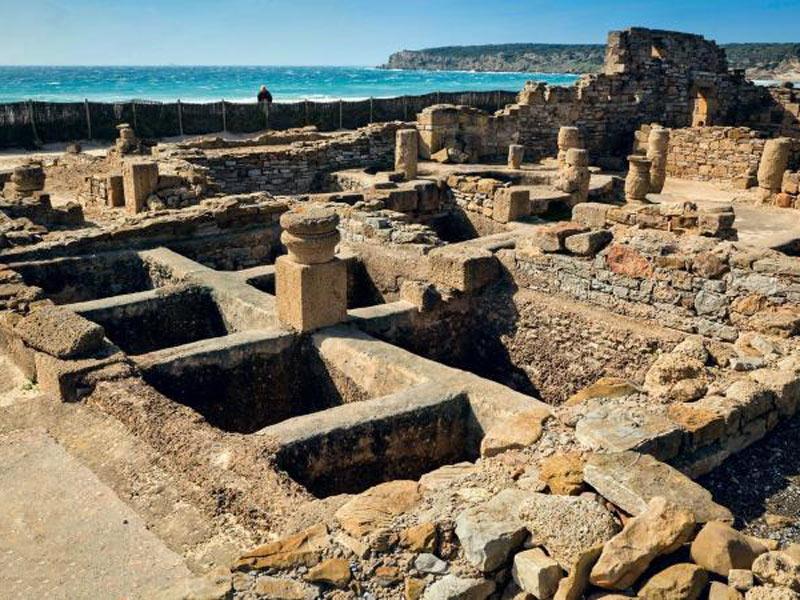 The history of fish sauce goes back more than 2,000 years. In the Roman time, there was an emergence of special spice relatively similar to today’s fish sauce, called Garum. Garum was first found in Greece, specifically in ancient jars on sunken ships. After that, people gradually discovered the old Garum manufacturing facilities in Italy, with the largest scale in Pompeii. For the time being, Garum-contained ceramic pots are still on display in the museum located in Pompeii.

The scientists implemented research and analysis of some ancient Garum remnants. As a result, the amino acids and other substances present in Garum are identical to ingredients of today’s fish sauce.

The Romans utilized anchovies, mackerel, tuna, …by removing their bones, keeping their organs, and marinating with white salt and herbs. Afterwards, they let the mixture ferment and squeezed it for taking the juice, which is Garum. Due to the rarity of salt in Europe, a Garum ceramic pot, at that time, was very extravagant, approximately $500 today.

Ancient Technique Of Garum-Making By The Romans

After fishing, the ancient Romans filtered the fish bones out and put the fish, fish blood, and fish intestines in the salt water. Also, cilantro is an additional ingredient to increase the favorable smell of Garum. Then, Garum-contained pots are dried in the sun for many days for fermentation and finally, they are squeezed for the juice which is used as a seasoning. 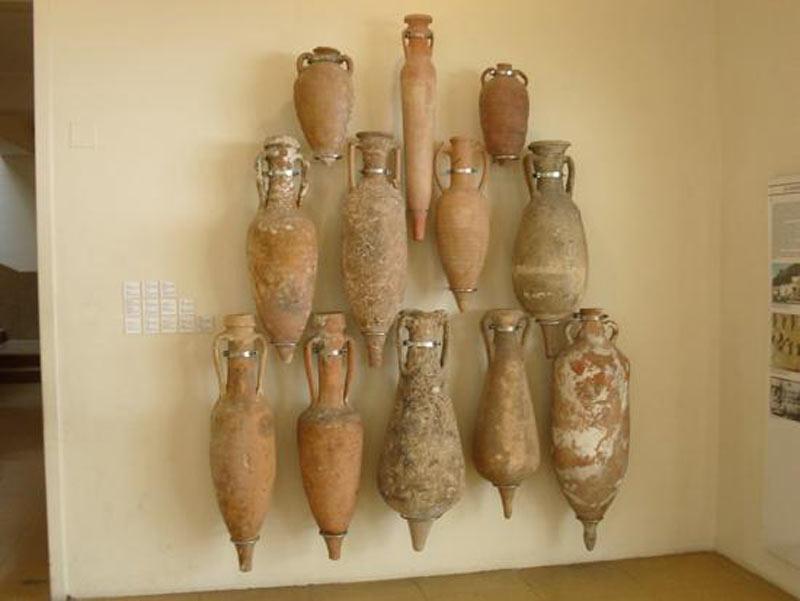 Initially, Garum is fermented by brewing up excess parts of fish in salt, such as fish intestines, gills, or fish fins. At that time, people also called Garum as liquamen, but the name Garum was more likely in popularity.

Gradually, the Romans fermented Garum by using more expensive fish and whole batches of fish rather than only keeping the gut, bones and fins. The greater the material is, the more high-priced Garum is. The Romans even listed many categories of prices for Garum, the same way as alcohol is priced nowadays.
In those days, the most prime type of Garum was the Garum fermented from mackerel in Carthage (the ancient city of North Africa), called Nigrum Garum or Black Garum.

Garum brewed with wasted fish gills and fins was considered as today’s low-priced beer, which was mainly dominant among blue-collar workers or slaves. Meanwhile, Garum is fermented from high-quality fish or squid will cost as much as premium wine. A scrumptious fish sauce bottle served for the aristocracy would cost approximately $500 today, calculated in modern values.

With the growing ubiquity of Garum, the Roman Empire traded Garum with other countries. Archaeologists hold the belief that the Garum reached Asia by the silk road.

Ancient Garum ceramic pots usually have a pointed bottom, called amphorae style. There would be 3 advantages in terms of this design. First, it is easy to stand on soft surfaces, including sand or earth. Second, bottles would be easily stacked, up to 5 layers, the one in the lower layer will have a plugging base, which brings certain convenience throughout sea shipping. Third, the technique of making pointed-bottom bottles was less likely vulnerable to breakage, extremely favored at that time.

Journey To Champa Through The Maritime Silk Route

Gradually, Garum became a prevalent commodity traded between Roman Empire and many other countries through the maritime silk route. This journey started from the westernmost area of Rome, along the coast of South India, into the Pacific Ocean and to the Champa kingdom. From this place, the Indian merchants disseminated their knowledge and experiences from other cultures into Champa. They also instructed the locals the Garum-making technique, turning it into a popular spice among the Champa in Phan Thiet. 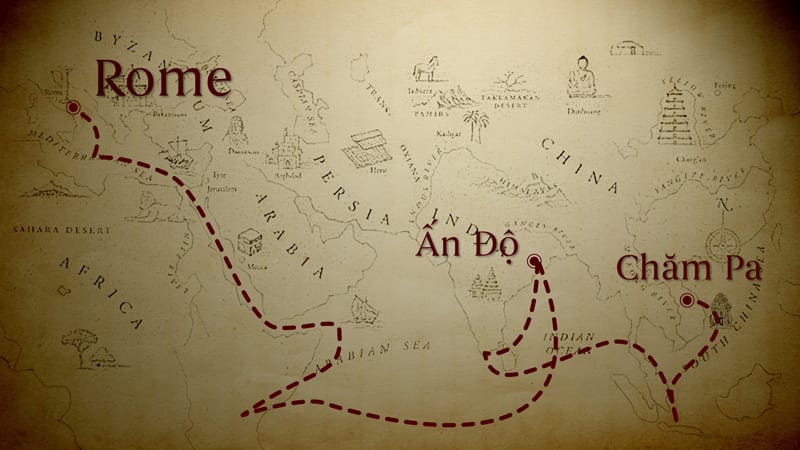 However, it was not until the marriage between Nguyen Phuc Ngoc Khoa – a princess of Dai Viet and Po Rome – a king of Champa that the relationship between the two countries was really fortified. Thanks to that, the Vietnamese commenced to know Garum and its “ủ chượp” (brewing technique). The term of “ủ chượp” also stems from the Cham language, with the original name of “Chsơt Chsot Thin”.

In Dai Viet (Vietnam before the Nineteenth Century), there were many kinds of “mam kho” (dried fish), so when knowing Garum in liquid form, Vietnamese fishermen, at that time, called it “mam nuoc” (fish liquid), which has been gradually known as “nuoc mam” (fish sauce).

Since 1693, when Cham Pa completely merged with Dai Viet, fish sauce started to be ubiquitous in our country’s meals. Apparently, the cradle of fish sauce was in Phan Thiet, Thuan Thanh town (ancient Cham Pa). The name of Phan Thiet also roots in the Cham language “Hamu Lithit” with “hamu” meaning fields and “lithium” meaning close to sea. 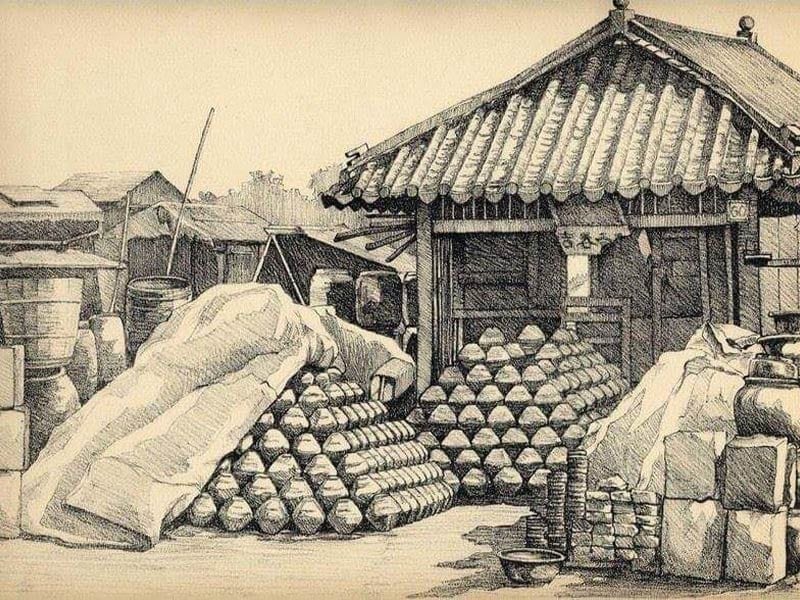 Adoption of the brewing method from the Cham combined with the favorably natural conditions with high-quality anchovies and pure salt, Phan Thiet fisherman has brought Vietnamese fish sauce to a greater stature. This exponential growth resulted from an initial change in the production scale by learning the barrel-making techniques for wine-brewing of European merchants.

Since then, fishermen in Phan Thiet fishing village have created fish sauce-brewing barrels made of soft woods, for instance, lagerstroemia, jackfruit, and litsea rotundifolia then brace them with bamboo and rattan rope, and consequently use melaleuca bark for really tight fillings.

To do cross-border trade in many regions, fish sauce aged in barrels would be stored in “tĩn”. It was a small pot made of burnt clay, having a shape of round gourd with a bulge in the middle, and covered with a mixture of lime, molasses, and dodder juice. In the past, when referring to Phan Thiet, people immediately thought of “tĩn” fish sauce.

The old people piled them up in many high layers on the boat, which was a specialized means of transporting fish sauce to all provinces in the North, Central and South of Vietnam.

The Merit Of “Ham Ho”

By the 19th and 20th centuries, thanks to considerable effort of barrel houses, Phan Thiet turned into the leading fish sauce producer in the country.

“Ham ho” is a local term of Phan Thiet used to refer to the owners of huge barrel houses.

The most representative example is the ancestor of fish sauce Tran Gia Hoa. He was granted the 8th rank mandarin (the term is generally applied to the officials appointed through the imperial examination system) because of his merit in storing fish sauce in “tĩn” and selling it by boat throughout the country.

Another owner of barrel house is Mrs. Luc Thi Dau, who was given the four words “Hao Nghia Kha Gia” by Hue royal court for contributing revenue of fish sauce trade to open the big road of Mui Ne – Phan Thiet in the past.

After nearly 50 years of being consigned to oblivion, Phan Thiet fish sauce is at risk of loss. However, Lang Chai Xua Fish Sauce Museum still has enough materials and artisans to revive the taste of the 300-year-old fish sauce.

Extracted directly from wooden barrels with fresh black anchovies and pure salt, today’s “Nuoc mam Tin” (“Tin” fish sauce) is a pure original fish sauce made from the most valuable first drops of first-press fish sauce. Its attribute is the fish-condensed taste and the sweet aftertaste that lingers in the throat for a long time. Thanks to an appealing flavor, “Tin” fish sauce makes your ordinary meals much tastier, even just eating with white rice. 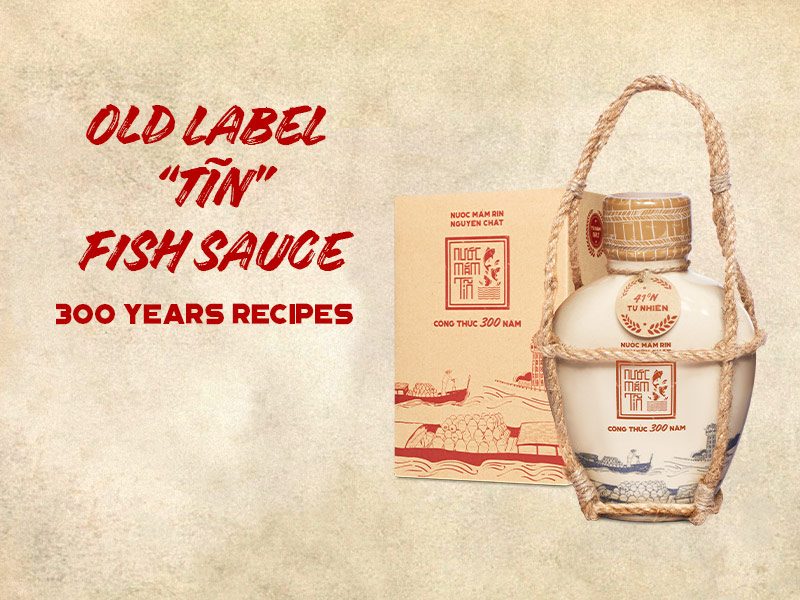 Especially, when stored in a ceramic pot, the fish sauce is not exposed to sunlight, allowing it to be fermented again for a richer flavor.

Nowadays, fish sauce is considered as a bridge to the conventional values of Vietnamese fish sauce once forgotten. Moreover, with the establishment of Lang Chai Xua Fish Sauce Museum, there would be the hope that the traditional taste of fish sauce will return, and the fish sauce will be regarded as a national treasure, a quintessence and a unique symbol of Vietnamese people.