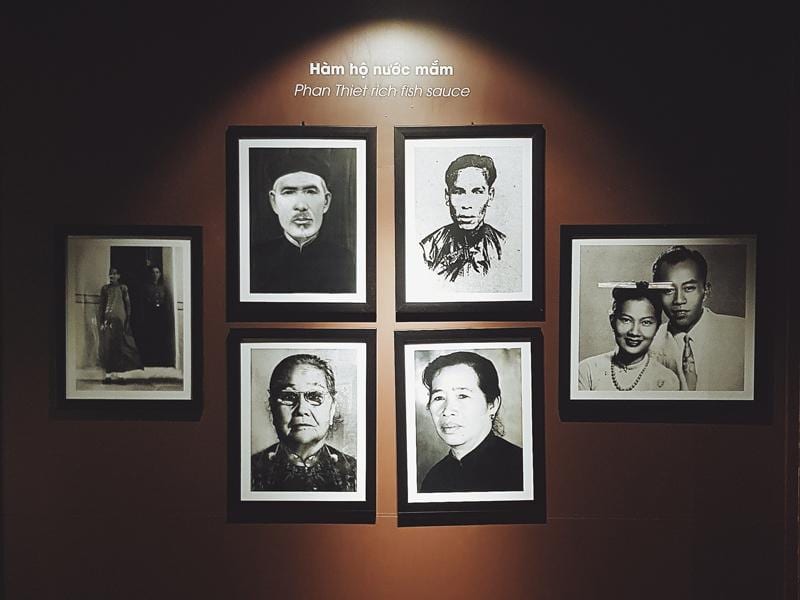 As explained, the title Ham Ho refers to the owners of the traditional fish sauce factories or brewing cellars, but not only at that, but they are the giants in this industry. At that old time, the pure and original fish sauce industry developed continuously in Phan Thiet, enough to supply the whole of the Southern provinces of the country, the Central region and the North as well. That is why many Ham Ho grew from this land.

Experiencing many ups and downs in the history of the fish sauce industry, some people emerged as successful Ham Ho, and some people could not keep the profession. Over time, the household functions gradually become less and less attractive because the profession of making traditional fish sauce is no longer attractive, partly because next generations do not want to follow the career. One of the few remaining is Mr. Duong Quang Thiet (Bay Thiet) – owner of the delicious sauce company Hong Sanh, he is also known as the last Ham Ho of the Phan Thiet fish sauce region. In the book, he passed away on January 26, 2019 in Ameria and was 92 years old. It can also be said that Mr. Bay Thiet’s life is a story about a unique Ham Ho, filled with deep love for fish sauce profession and his hometown Phan Thiet. 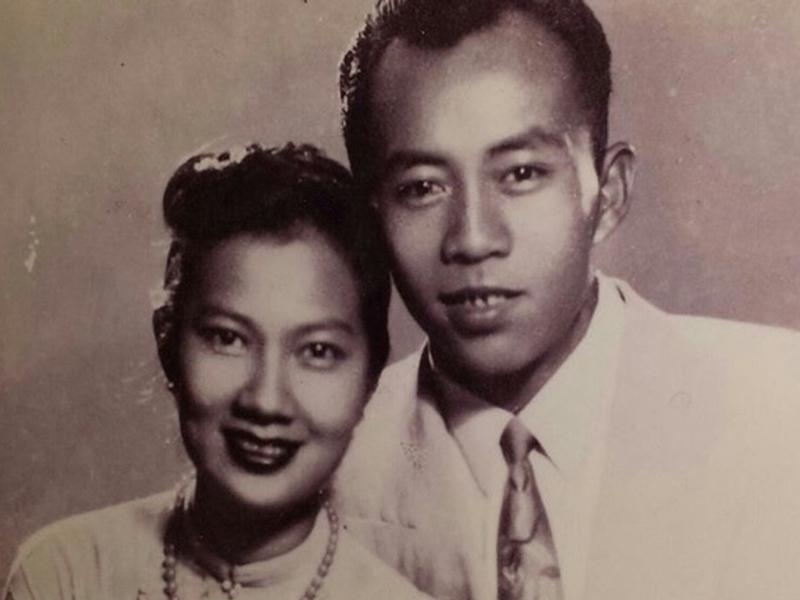 To better understand his life, we need to step back a little time, specifically since 1923, at this time, Phan Thiet is emerging as a new and most strongly developing city of the Central Vietnam. At that time, the French controlled government decided to increase human resources for Phan Thiet to be as strong as possible. The government’s measure at that time was to accompany the French delegation from Hue to strengthen the management capacity for the protectionist government of Phan Thiet. And among them was the family of a poor Quang Tri civil servant in charge of health care and also translating for the French.

Receiving love from this land, sun and wind, the salty taste of the sea mixed in it is the sweetness of human love in Phan Thiet that kept the whole small family with this land. Until the fall of 1929, good news reached the whole family when the wife had given birth to a healthy first son. At that time, the father did not hesitate when deciding to name his son Duong Quang Thiet, which means to mark the happy days of the family in Phan Thiet, where he and the whole family. considered as their second homeland.

Being born into an intellectual family, Duong Quang Thiet has received a lot of good things from a young age. His whole childhood in Phan Thiet was to accompany this father everywhere, watching the life and beauty of Phan Thiet, so his love for this country is also growing over the years. After finishing primary school, he moved to Hue to continue his high school studies at the famous Thuan Hoa High School by Mr. Ton Quang Phiet as the principal and later the general secretary of the 3rd National Assembly Standing Committee.

However, not long after that, in the events of 1945 when the Japanese overtook France in Vietnam, Duong Quang Thiet had to return with his family to his hometown of Quang Tri. When the situation stabilized after 3 years, Duong Quang Thiet and his family returned to Phan Thiet to live in the old house. At that time, the 19-year-old boy was lucky to be taught by an old French literature teacher who was also the owner of Hong Kim fish sauce company, then invited Thiet to look after his fish sauce business in Saigon when he learned that his family situation is in difficulty.

Being an educated person and a bright and intelligent person, Thiet quickly became acquainted with the market with many plans. Thiet has learned a lot from financial management, transportation to detailed traditional fish sauce processing techniques and the unique taste of Phan Thiet fish sauce, which is something that he never thought of before. Therefore, only 3 years later, the 22-year-old boy was entrusted by the owner to be in charge of the whole business of Hong Kim fish sauce company. 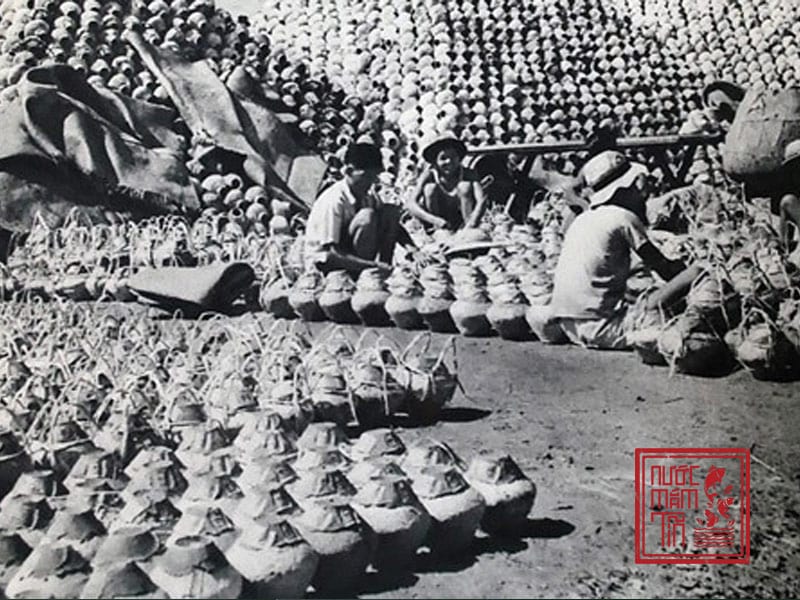 At that time, in addition to selling fish sauce to consumers, the lucrative market that everyone wanted to win was the contract to supply the French expeditionary army in 3 Indochina countries because there would be a huge number. . Being able to speak French fluently combined with the agility of a fish sauce dealer, Thiet quickly seized the opportunity when the French army held a bid once a year in Saigon. With a carefully calculated mindset, Thiet easily won the contract to supply fish sauce to the French army, which not only brought great profits to Hong Kim fish sauce company but also brought great prestige to Duong Quang Thiet – who rose to the position as CEO of the company. Not only that, Hong Kim also continuously won this contract for many consecutive years.

By times, a good reputation spread about Duong Quang Thiet – a young but talented young man quickly echoed across the breadth of the fish sauce profession in Phan Thiet. Even many custodial families are willing to match him up with their daughter. But in the end, Thiet listened to the matchmaker to marry Hong Huong’s beautiful seventh daughter, Nguyen Thi Que, after many visits to Saigon – Phan Thiet, finally in 1954 Mr. Duong Quang Thiet and Mrs. Nguyen Thi Que became husband and wife.

The decision after the wedding of the couple Duong Quang Thiet was to return to Phan Thiet to establish a career. After that, using some of the money saved and borrowed from their mother-in-law, they bought a 40-barrel factory worth 900,000 Dong on Trung Trac street to make fish sauce. And so in 1954 the trademark Hong Sanh fish sauce was officially registered with the government and the person whose name was produced was Duong Quang Thiet. 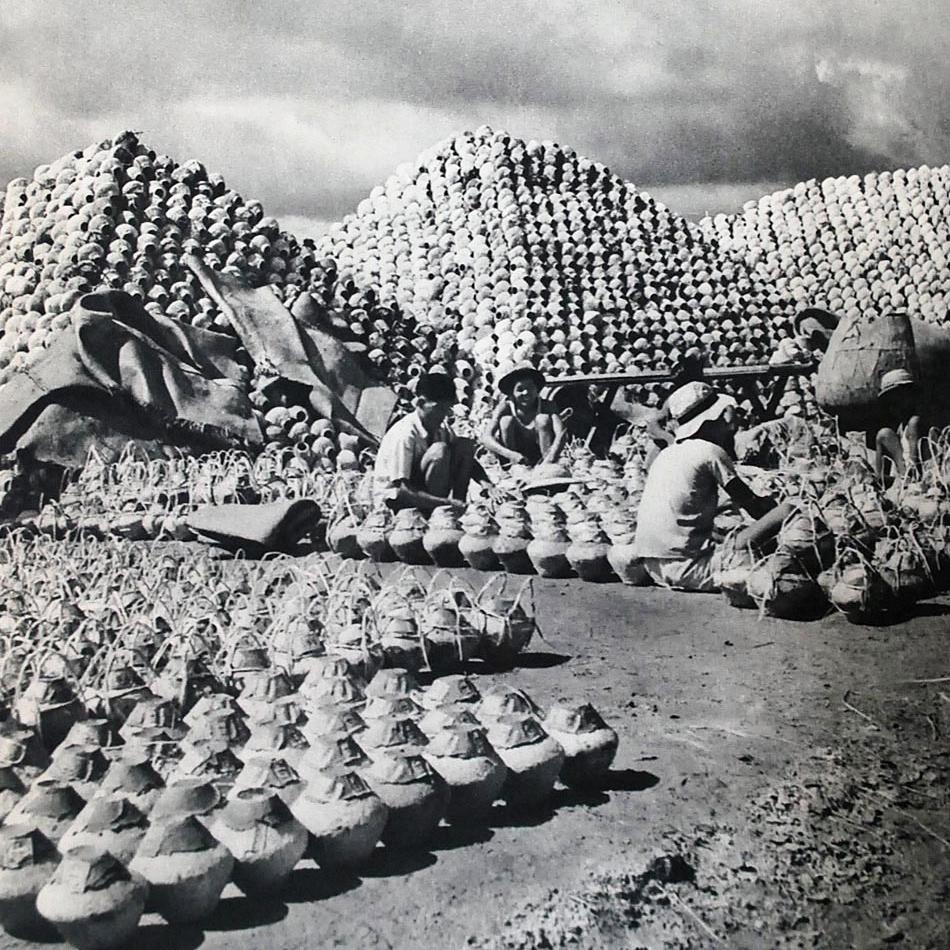 By 1956, after only 2 years of establishment, the brand Hong Sanh fish sauce started to become famous in the market when it was able to produce 500,000 liters of fish sauce in a month, but the manufactured goods could not be sold in time. Then in 1960, Hong Sanh moved his market to the Central and the Central Highlands, then decided to focus improving logistics which were very weak in Vietnam. Because of this, most people in Phan Thiet in the 60s – 70s of the twentieth century remember as though the fleet of Hong Sanh painted blue and red anchored on the Ca Ty river waiting for loading. In addition to carrying fish sauce for the company, this fleet was hired a number of other fish sauce companies to the central region.

Still 1960, Mr. Thiet continued to buy more factories (cellars) on Trung Trac Street, constantly expanding, buying the real estate and the rest of Hong Kim’s factory at 01 Tran Hung Dao street. This is the production base of Hong Sanh company with 150 big barrels, 150 small barrels, 3 tanks of finished fish sauce (20,000 liters per barrel) and a salt warehouse of 500 tons.
Finally, in 1958, the owner of Hong Sanh – Duong Quang Thiet fish sauce company was elected to be first fish sauce association chairman of Phan Thiet city. Especially, Mr. Thiet has assumed the role of chairman continuously from 1958 to 1975.

The turning point started when the Phan Thiet Fish Sauce Association did not sell fish sauce to Chinese people in Saigon when they deceived to prepare re mixed and produced low quality fish sauce, but still using Phan Thiet origin. This decision affected fish sauce manufacturers in Phan Thiet. With the responsibility of the association president, Mr. Thiet quickly abandoned the Saigon market to turn to the Central region, which is a very difficult market and people in the Central Coast also produce fish sauce.

Just a seemingly trivial story as mentioned above, but Mr. Bay Thiet’s fish sauce brand became a famous brand of Phan Thiet fish sauce that almost dominated the entire Central Highlands market during the 60s. – 70 of the twentieth century.